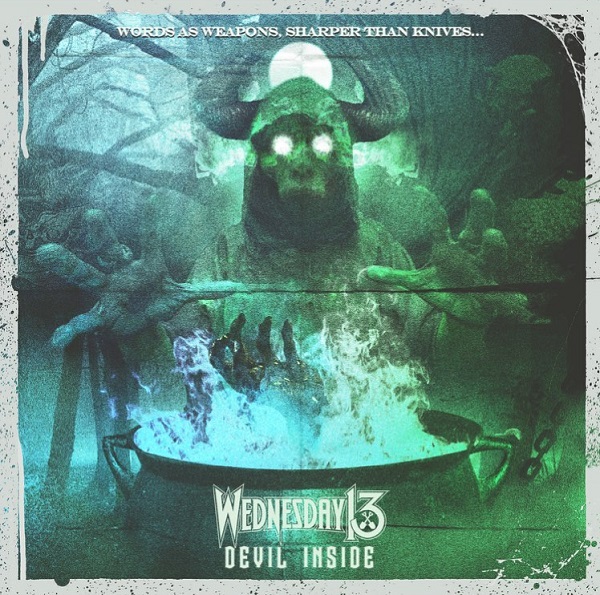 See the new Wednesday 13 music video for “Devil Inside” – a song originally done by Australian band Inxs in 1988 – on the Halloween Spooktacular Pay Per View at The Whisky A Go Go in Hollywood, California on October 31st.

The show will be streaming until November 2nd. Ticket packages are available now at this location.

The pay per view will be hosted by Wednesday 13 – The Duke Of Spook, featuring special guests from Wednesday’s World, skits, videos, and a headline musical performance by Wednesday 13.

“I’m beyond excited about this Halloween special. This is inspired by all of the Halloween specials from the ’70s and ’80s that I grew up on. Doing just a normal concert is boring to me. This is a full on variety show, with enough spook to make you puke. Don’t miss the Sickest Halloween Show of 2020 at the World Famous Whisky a Go Go Halloween Night -Pay Per View,” says W13.

Fan Klub Members receive a 13 % discount; the code can be found on the Fan Klub Page.